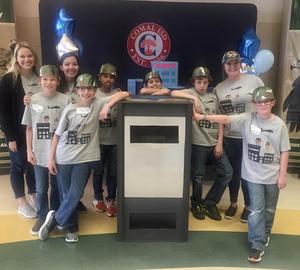 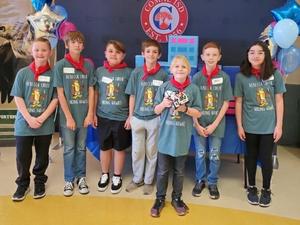 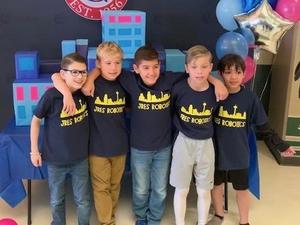 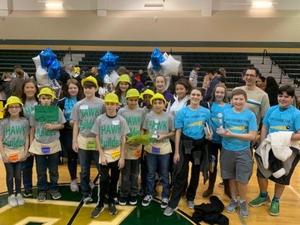 A total of 34 teams participated in these tournaments which are also known as qualifying meets. The elementary meet took place on Jan. 25, and the middle school meet took place on Feb. 8. Both were hosted by the district at Canyon Lake High School.

The top three elementary teams include the War Potatoes from Indian Springs Elementary in first place, the Hiking Hawks from Rebecca Creek Elementary in second place and the Robo Masters from Johnson Ranch Elementary in third place.

During the middle school tournament, six teams competed and four qualified for A.C.E. including the Hawk Builders of Mountain Valley Middle who took second place overall, Rob the Builder from Church Hill Middle, La Beanz of CHMS and Duckstruction from MVMS.

This year’s FIRST Lego League theme is City Shaper, challenging teams to observe how cities and buildings grow, thrive and change. Every year, the challenge includes three parts: the Robot game, the Project and the Core Values. Teams of up to 10 students along with at least two adult coaches participate in the competition by programming an autonomous robot to score points on a themed playing field for the Robot game, develop a solution to a problem which they have identified for the Project while using the First Core Values of discovery, innovation, impact, inclusion, teamwork and fun.

FIRST (For Inspiration & Recognition of Science & Technology) and the LEGO Group joined forces in 1998 to form the FIRST LEGO League in order to engage young students in science and technology. Today, more than 320,000 students participate in 98 countries in four programs divided into age groups: First Lego League Junior for kinder through fourth grades, First Lego League for fourth through eighth grades, First Tech Challenge for seventh through 12th grades and First Robotics Competition for ninth through 12th grades.

-Mountain Valley Middle School had two FIRST Lego League teams participate in the Comal ISD tournament, the Hawk Builders and the Duckstruction, and both qualified for the region competition on March 7.