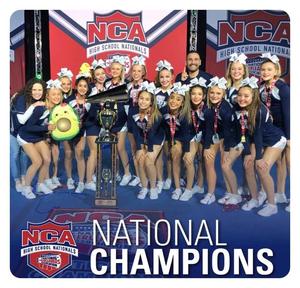 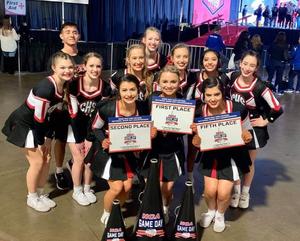 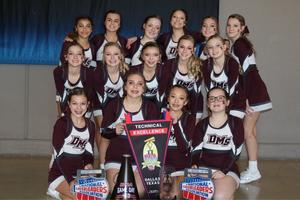 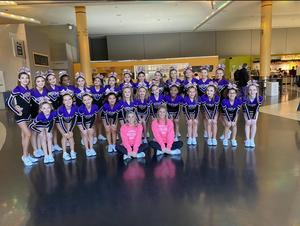 Through hard work, determination and teamwork, the freshman cheer team from Smithson Valley High School pulled off a big upset and earned the title of NCA National Champions.

In fact, the team of 14 ninth grade athletes, came from behind to take the lead at the championship.

“At NCA Nationals, teams must perform the same routine twice, once on Saturday and once on Sunday,” explained SVHS Head Cheer Coach Kristen Charlesworth. “The overall score is 25 percent of the day one score and 75 percent of the day two score. After day one, the freshman team was in last place and the varsity team was in fifth. We reworked elements of both routines Saturday night, and the freshman team moved to first place, and the varsity team moved to fourth.”

The SVHS freshman team coach, Darla Docekal, was not surprised by the team’s determination. She had been watching each member work hard throughout the season.

“This group has always stayed positive, worked hard and never gave up on each other,” Docekal said. “They remained diligent and fought for a perfect final performance.”

Congratulations to all these athletes and cheer teams!